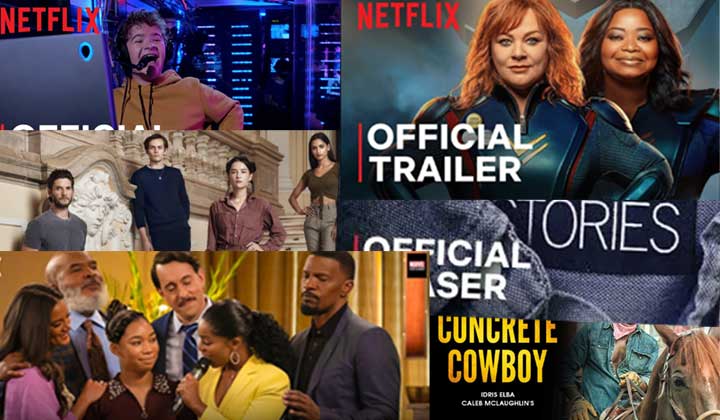 Beneath (2013) – Horror that pits a group of trapped high-school seniors against a giant man-eating fish.

Cast Away (2000) – Drama starring Tom Hanks as Chuck Noland, a FedEx executive that is left stranded on a deserted island after surviving a plane crash.

Collateral (2004) – Crime-thriller about a cab driver held hostage as his assassin customer carries out of his contracts in LA, in one night.

Death Becomes Her (1992) – Horror-comedy from Back to the Future director Robert Zemeckis.

In the Name of the Father (1993) – Daniel Day-Lewis and Emma Thompson star in this biopic of the man wrongfully sentenced for an I.R.A. bombing.

Masterpiece: Worricker: Turks and Caicos (2014) – Bill Nighy returns as Worricker, a British Spy forced out of retirement when his past catches up with him.

Outcast (2014) – Nicholas Cage action-adventure where he plays a warrior on a quest for vengeance.

Out of Time (2003) – A Police Chief is left in hot water when money from a drug raid is stolen, and his mistress is found dead. It’s a race against time to prove his innocence before the FBI can catch him.

Shrek (2001) – To free his home refugee fairy tale creatures, the ogre Shrek is sent on a quest with a talking Donkey to free the beautiful Princess Fiona from a dragon-guarded castle.

Shrek 2 (2004) – In celebration of their marriage, Shrek and Fiona are invited to the kingdom of Far Far Away, where Fiona’s parents reign. But upon arriving the newlyweds aren’t as welcome as they’d hoped.

Shrek the Musical (2013) – DreamWork’s beloved animated comedy was brought to life on stage, featuring an incredible run on Broadway and The West End.

They Live (1988) – Cult classic starring Roddy Piper as Nada, the lone wanderer with a special pair of sunglasses that allows him to see the world for what it truly is, dominated by mind-controlling aliens.

The Time Traveller’s Wife (2009) – A husband’s marriage is put to the test when his involuntary power to time travel gets too much for his wife.