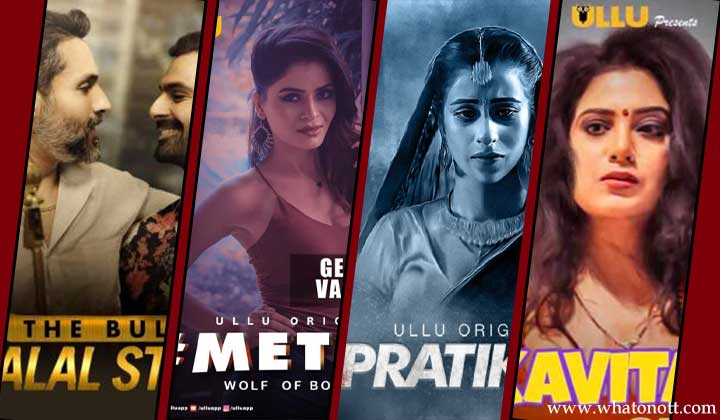 Here is the list of Best Romantic web series to watch on Ullu Apps in 2022.

The Bull of Dalal Street

Story: A tour of a bankrupt person who became the most extravagant stockbroker in Mumbai.

Story: The story of this Ullu web series videos revolves around an artist from Bollywood for whom the recognition turned out to be different from usual.

Story: Pratiksha Singh a humble television star witnessed a downfall in her stardom post her controversial love affair with a flamboyant free-spirited hunk Chirag. before her eventual suicide that thrilled the entertainment world.

The story revolves around Apu and his poor family live in a village where they try to make ends meet. The father leaves for the city to try and earn more money while his daughter has fever.

The plot revolves around a prostitute named Mona. Her encounters with people of various fields will bring in thrill, lust, joy and tears.

The plot revolves around a group of girls and the relationship with their partners. The thrill, fun, excitement and romance makes it interesting.

‘Kasak’ is the story about a girl, who was violently attacked and raped because of which she was in a semi-comatose for the rest of her life.