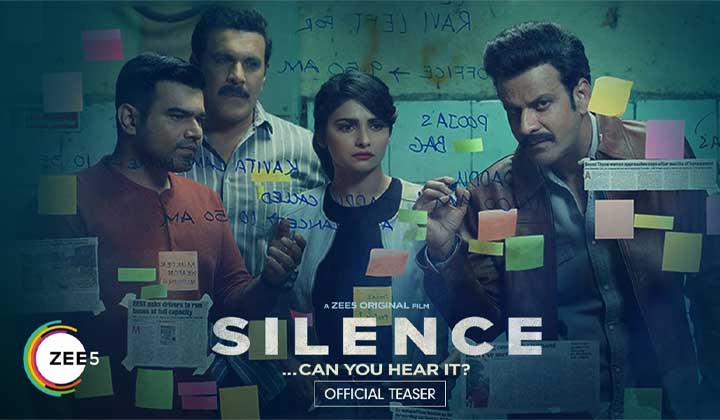 Silence: Can You Hear is directed by Aban Bharucha Deohans and produced by Zee5 original.The poster of this web series will be released on 5th March.

All information Related to Silence: Can You Hear like Director, Release Date, Star Cast, Producer, OTT platform, Duration Given Below.

The story of this web series revolves around the mysterious disappearance of a woman, whose corpse is discovered by trekkers a next day.Whole web series around the investigation of the death of a woman who went missing.

You can easily watch full Episodes of Silence Can You Hear It on Zee5 Apps.