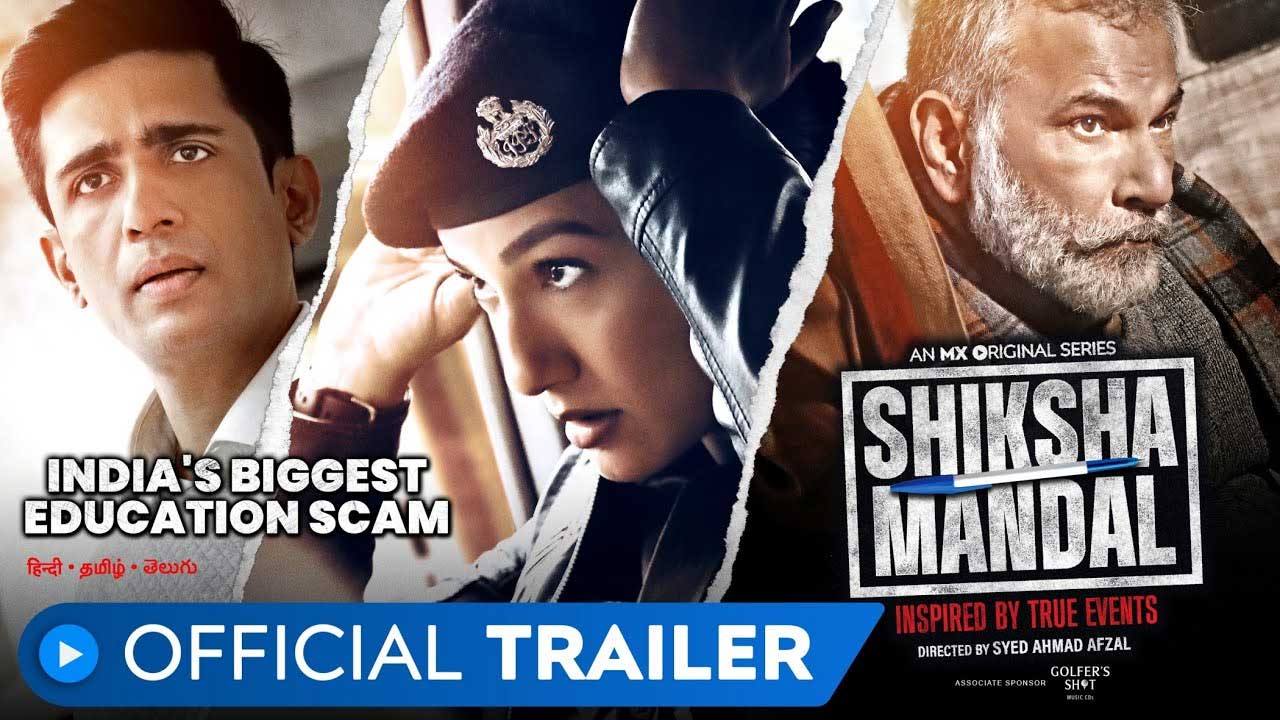 Shiksha Mandal web series is directed and written by Syed Ahmad Afzal.Mx Player is one of the popular App that offers Free web series and movie to their audience.some Popular web series that is released by Mx Player are ashram 3,mastram and Hello mini.

The story of web series Set in Bhopal, Shiksha Mandal is a story inspired by true events involving one of the biggest medical entrance exam scams in India. Aditya Rai (Gulshan Devaiah) discovers that his sister Vidya Rai was absent from her medical entrance test, while parallelly the STF is asked to take over an investigation seeking to make sense of the multiple odd crimes occurring in the city. SP Anuradha Singh Srivastav (Gauahar Khan) finds herself in charge of a case involving blackmail, kidnapping and murder of students across Bhopal & Indore; involving some of the most powerful people. Is she in over her head? Here begins the collective hunt to EXPOSE one of the biggest education scams the country has ever seen.