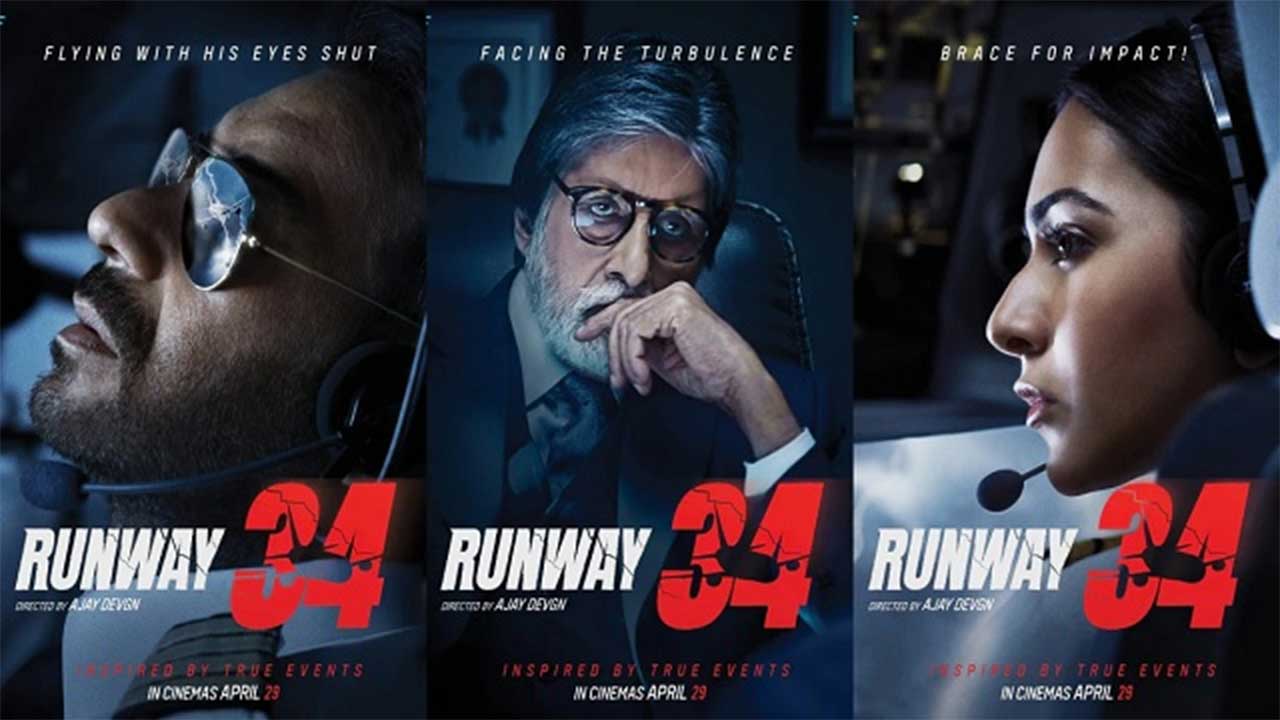 Runway 34 OTT Release Date: Runway 34 is an Indian Hindi Movie. It has been released in the theater on 29th April 2022. It is produced by Ajay Devgn films. Runway 34 Movie Features  Ajay Devgn films. The film stars Ajay Devgn, Amitabh Bachchan, Rakul Preet Singh, and Boman Irani in the lead roles with other supporting Cast.

It will be scheduled to release on the Amazon Prime OTT Platform, on 24th June 2022.

The film is inspired by the true event of the Jet Airways Doha to Kochi flight 9W 555, a Boeing 737-800 aircraft that had a narrow escape on 18 August 2015, after facing difficulties landing at the Cochin International Airport due to bad weather and unclear visibility at 5:45 in the morning and had to be diverted to Trivandrum International Airport.