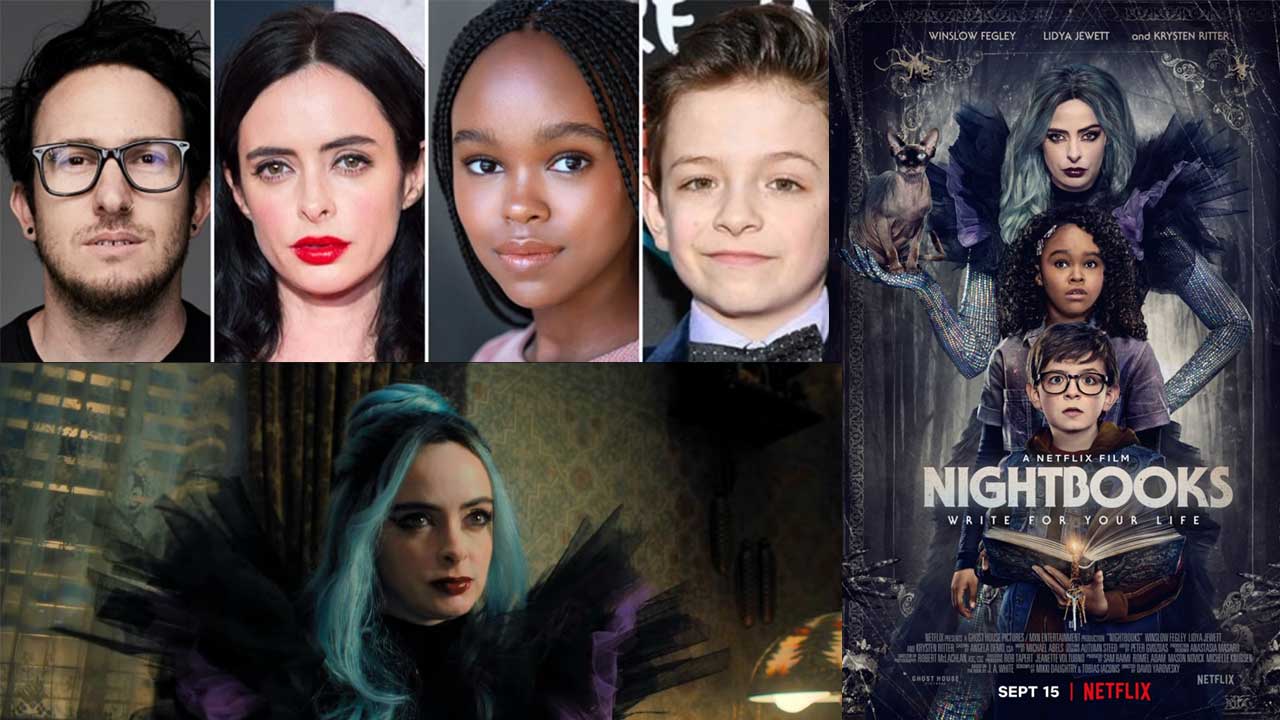 Nightbooks is an upcoming child-friendly movie on Netflix. The movie is related to Family, Fantasy, Horror Genres. it starring Winslow Fegley, Krysten Ritter, and Lidya Jewett. As the movie’s lead.

it is based on the 2018 horror-fantasy children’s book of the same name by J. A. White.

The movie is directed by David Yarovesky and produced by Sam Raimi and Rob Tapert.

Nightbooks is a scary movie going to be released next month on September 15. if you are waiting for this Horror movie then it’s over.

Where to watch Nightbooks

Netflix has promised its audience that they released Netflix’s original movies release every single week. This is one of the Netflix original movie lists.

“When Alex (Winslow Fegley), a boy obsessed with scary stories, is trapped by an evil witch (Krysten Ritter) in her magical apartment, and must tell a scary story every night to stay alive, he teams up with another prisoner, Yasmin (Lidya Jewett), to find a way to escape.”

How to watch Nightbooks Movie

Some FAQ About NightBook

Who is the main character in Nightbooks?

Winslow Fegley, Krysten Ritter, and Lidya Jewett is the main character in Nightbooks.

when will be Nightbook film release?

where we can watch Nightbook Movie?

You can watch it on Netflix OTT.