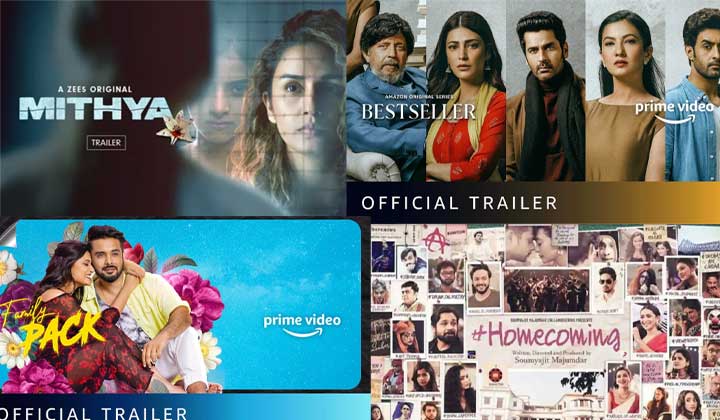 In this series Sanya Malhotra and Vikrant Massey as a young, newly married couple in love. They are on the run from her murderous family, which doesn’t want them together.

The first release this week, Mithya is a thriller series produced by Applause Entertainment in association with Rose Audio Visual Production. The dark psychological drama centers on the clash between Hindi literature professor Juhi and her student Rhea.

A psychological thriller directed by Mukul Abhyankar and written by Anvita Dutt and Althea Kaushal.

After two back-to-back psychological thrillers, we have a comedy entertainer as the next release of this week. PRK Productions’ Family Pack is directed by Arjun Kumar.