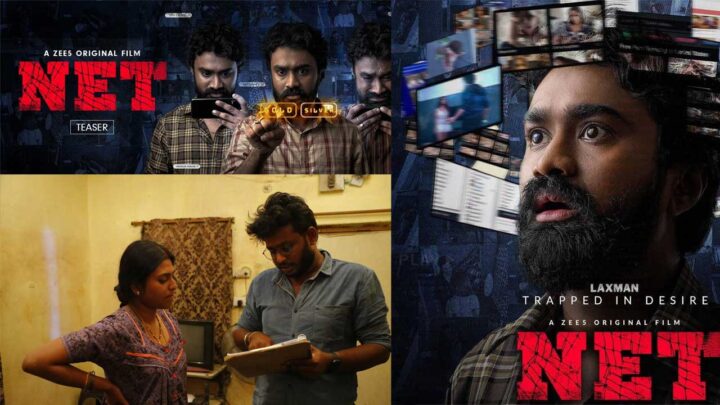 NET is an upcoming Indian Telugu language movie.it featuring Rahul Ramakrishna,Avika Gor,Praneeta Patnaik,Vishwadev,Dakkshi,Amulya in the lead roles. The movie is directed by Bhargav Macharla and produced by Rahul Tamada and Saideep Reddy Borra.

The Film going to live on the ZEE5 OTT platform, on 10st September.

The story of the movie revolves around a young girl, who is being watched every time By a CCTV camera.

After an online subscription-based surveillance agency lets Laxman, a married man, watch the life of Priya, a young girl, through hidden cameras, his obsession towards Priya puts him in a complex situation.

It will be officially released on 10th September, on ZEE5 APPS.