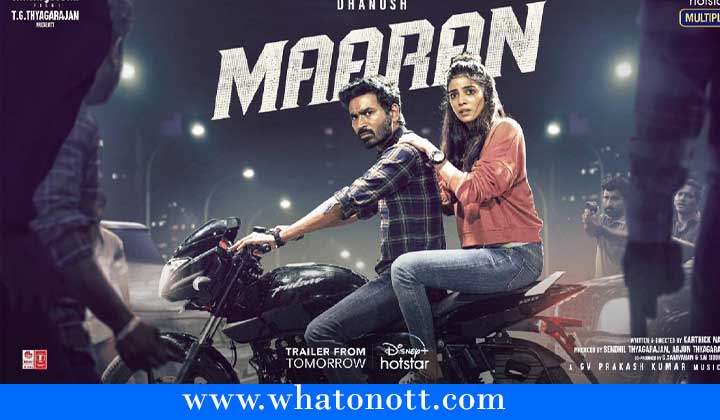 The movie features Malavika Mohanan, Smruthi Venkat, and Samuthirakani in prominent roles.it is the first film of Dhanush with Karthick Naren.The audio rights of this were owned by T- Series and Lahari Music. Vivekanand Santhosam handles the camera for the film.

Maaran,A famous gynecologist lost his patient’s monthly report. When a drug lord’s wife dies due to maaran’s carelessness, he sets out to take a revenge against maaran the gynaecologist.

Where to Watch Maaran Watch

you Can watch an action thriller movie on Hotstar OTT Platform from 11th March 2022.

How to Watch Maaran Movie