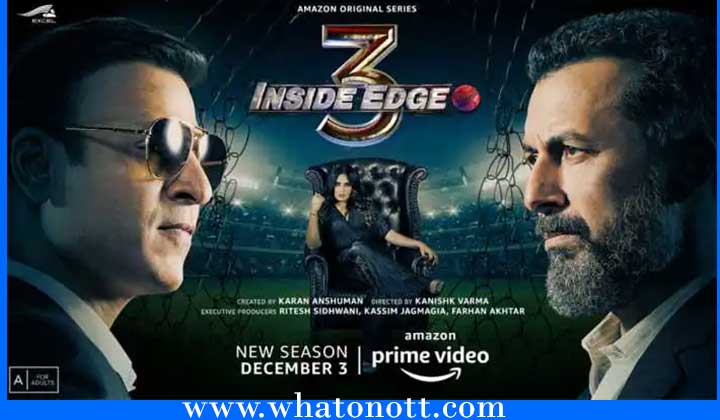 Inside Edge Season 3 is an upcoming Indian Hindi web series. Amazon Prime has Already released two seasons of this web series. After the success of both seasons, Amazon prime caming with its third season.

The series will be released on 3rd Dec. you can enjoy full episodes of the web series on Amazon prime Apps.

Amidst the greatest show on earth: an India v/s Pakistan cricket series, the politics of Indian cricket is laid bare, its secrets unraveled and truths exposed. The stakes have never been higher, even as they are investigated for corruption, battle lines are drawn for TV rights, endorsement deals and the captaincy of the Indian team. But what is the limit to the price of power?

where we can watch Inside Edge Season 3 web series?

you can enjoy Inside Edge Season 3 web series on Amazon Prime .