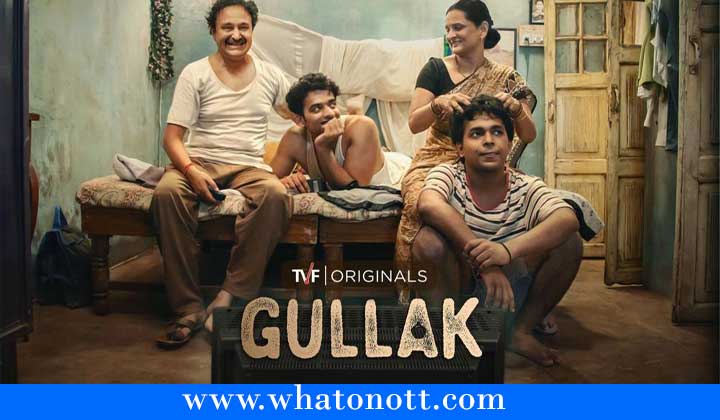 Gullak S3 Web Series: TVF already released Gullak web series S1 and S2 on Sonyliv.Both Season is liked by the audience. Now TVF Play coming with its Third Season that is set to release on 7th April 2022.The series features Jameel Khan, Geetanjali, Vaibhav and Harsh reprising their roles with other Supporting casts.

This Family Drama series is created by Shreyansh Pandey.Tvf Play gives so many Popular series such as Pitchers, Aspirants, Kota Factory, Cubicles, Bachelor.

GULLAK web series will be streaming on Sonyliv OTT Platform from 7th April 2022.

How many seasons are there in Gullak?

There are Three Seasons of Gullak Web series ,and its S1 and S2 already Released.

How many episodes are there in Gullak web series?

There are 10 episodes in Gullak web series .

How many episodes of Gullak 2 are there?

Can I watch Gullak with family?

In which city Gullak is based?

Gullak Series is based in North India.

What should we watch after Gullak ?