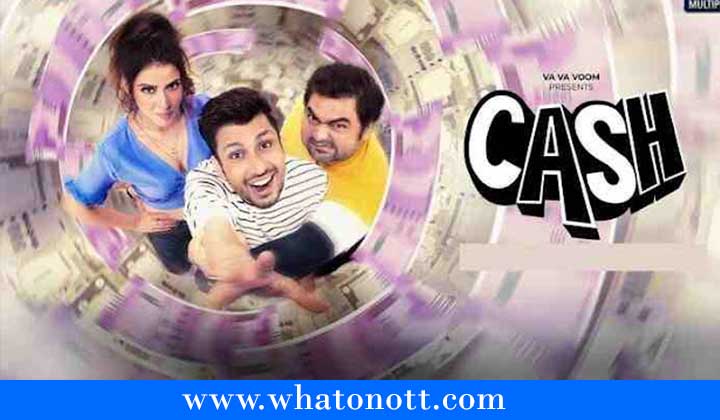 The Movie is directed By Rishab Seth, and produced By Vishesh Bhatt.

Cash is an Indian Hindi Movie that has been Released on Hotstar Apps as well as the website.

This comedy Dram Movie has released On 19th Nov 2021.it is available on the Hotstar Ott Platform.

The story of the movie revolves around the two hustling from one failed startup, They want one chance for the next startup. After that, they started a New startup during demonetisation.

They lucrative idea of making black money white when demonetisation hits in India. Will their brand new business bring profits or pain?