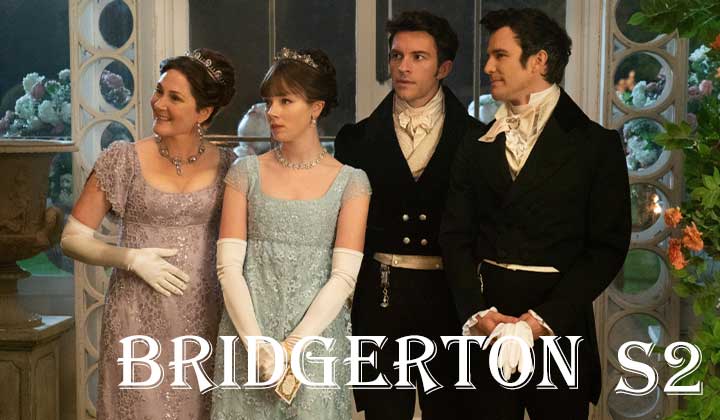 The release date of this family drama epic love series is to premiere on Netflix on 25th March 2022. You can Enjoy all episodes of Bridgerton Season 2 on Netflix from March 25.

While the first season focussed on the love life of Daphne (Phoebe Dynevor), the second season flips pages from the romantic endeavours of Lord Anthony Bridgerton (Jonathan Bailey).

Determined to wife the perfect woman who could check the list of his unrealistically high standards, and bejewel the wealthy family, Anthony runs out of suitable matches.