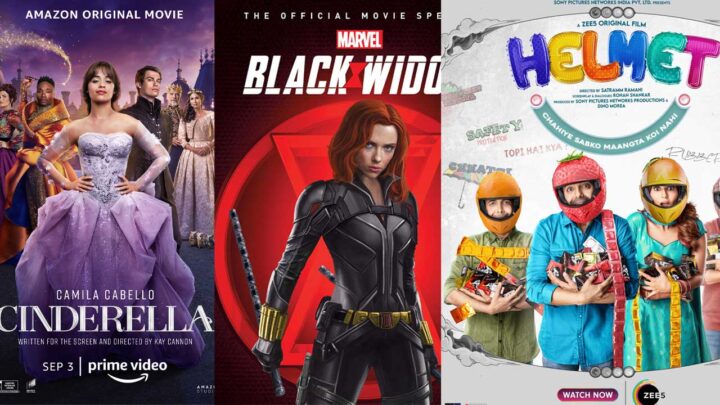 Black Widow is one of the Marvel movies. which explores the life of one of the marvel characters.

The movie is going to hit on Disney+ Hotstar, on 3rd September.

The film is directed by Cate Shortland.

Cinderella is a musically-driven bold new take on the traditional story you grew up with. Our heroine (Cabello) is an ambitious young woman whose dreams are bigger than the world will allow, but with the help of her Fab G (Billy Porter), she is able to persevere and make her dreams come true.

2.Afterlife of the Party – Netflix

Social butterfly Cassie experiences the biggest party foul of all… dying during her birthday week. To her surprise, she’s gifted a second chance to right her wrongs on Earth by reconnecting with loved ones, and most importantly, prove that she’s worthy enough to get into the big VIP room in the sky.

Lucky and his friends rob an e-commerce company truck, but find condoms instead of electronic gadgets inside. What will Lucky’s next move be?

6.The Devil Below – Amazon Prime Videos

Brilliant. Bad. A little bit mad. She’s just getting started Darlings, and it’s going to be one hell of a ride!