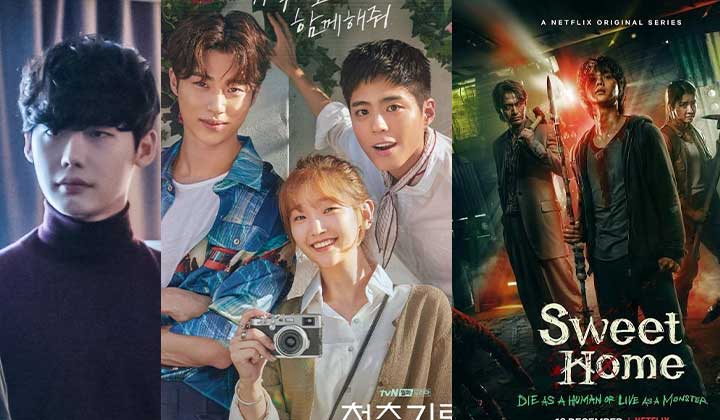 Korean Drama Series is Becoming More Popular Day By Day. Now, the Korean series is being watched all over World. Recently, Netflix released the Korean series ‘Squid Game‘that has become one of the most watch series all over the world.

Below are the most entertaining K-dramas to watch on the streaming service, from a charming romantic comedy-slash-thriller to a stunning period piece.

Hundreds of cash-strapped players accept a strange invitation to compete in children’s games. Inside, a tempting prize awaits with deadly high stakes. A survival game that has a whopping 45.6 billion-won prize at stake.

An extraordinary road to emotional healing opens up for an selfish antisocial children’s book writer and a selfless psych ward caretaker when they cross paths.

3.Crash Landing on You

The absolute top secret love story of a chaebol heiress who made an emergency landing in North Korea because of a paragliding accident and a North Korean special officer who falls in love with her and who is hiding and protecting her.

A big-city dentist opens up a practice in a close-knit seaside village, home to a charming jack-of-all-trades who is her polar opposite in every way.

Encaged in a gold-clad life of secrets and lies, two women in a conglomerate family seek to topple all that stands in their way of finding true joy.

Based on the webtoon of the same name, Sweet Home is an energetic, thrilling apocalyptic horror story about monsters trying to kill everyone and take over the world.

Stranger stars Bae Doo-na, arguably one of the best Korean actresses working right now. If you watch a lot of Netflix shows, you may recognize her as Sun Bak from Sense8

Kingdom is Netflix’s supremely popular Korean period drama, set in the early 1600s, in a world where an unnatural plague leads the dead to be resurrected as zombies.