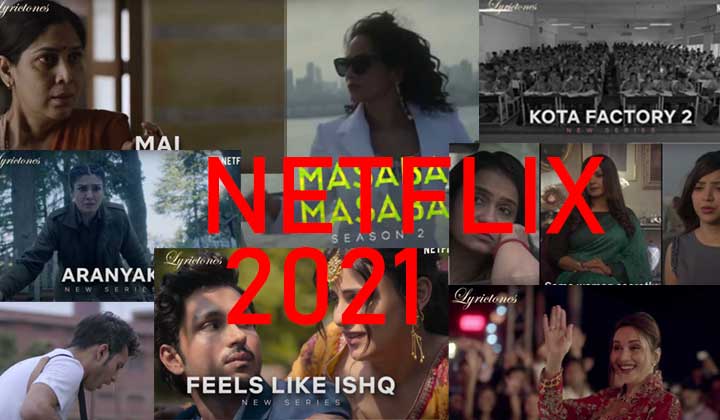 Netflix coming with so many Indian web series this year.Due to lockdown all web series and movie hiting on Digital OTT platform. Netflix released a lot of Popular series like Little Things

Decoupled is the R. Madhavan, Surveen Chawla starer upcoming Indian web series, Directed by Hardik Mehta, The story of the series follows a man who suffers from chronic objectivity, extreme clarity, and the debilitating capacity to see in any situation what others are trained to ignore. It gets him in trouble with people wherever he goes. Naturally, his marriage is over, but he has persuaded his estranged wife to continue living with him in a large villa in Gurgaon to create the myth of family for their tween daughter, who is terrified of their divorce.

The series is directed by Karishma Kohli, Bejoy Nambiar. It is a suspenseful family drama. The story of series follows woman ,who is a global superstar, wife, and mom but she suddenly dissaprer.

Kota Factory: Season 2 is the seconds part of Kota Factory.Directed by Kota Factory.The story of series revoles around the kota students ,who is studying in the kota couching. In this season, will Vaibhav move onto greener pastures, leaving behind Jeetu Bhaiya, his friends and his love interest.

The story of series is revolves around the happily couple,who is living together,The web series directed by Ruchir Arun and Pranjal Dua and produced by Dice Media.

The story of series follows the 47-year-old wife and mother. she accidentally entangled in a web of white-collar crime and dirty politics.Directed by Anshai Lal, Atul Mongia